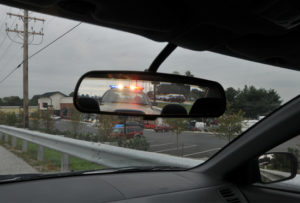 Speeding Tickets and Other Traffic Violations Can Raise Your Insurance Rates and Put Your Driver’s License at Risk.  We Have Represented Clients in Seattle County Speeding and Traffic Courts Since 2005.  We Have the Knowledge and Expertise to protect your record.

Call for a free Case Evaluation.  We Charge a Flat Fee for Traffic Tickets.

No two cases are the same.  Judges and courts are different, prosecutors are different, and the specifics of your violation and situation are different.   By interviewing each client, we can customize our case based on the circumstances of the ticket, the nature and practices of the court, prosecutor and judge, Court rules, statutes and case law, and your needs, driving record or employment situation.  Such flexibility is not possible when hiring a lawyer by filling out a form on a website.

Most tickets are either dismissed outright or a change to a non-moving violation is negotiated; with few found committed as written.  The advantage to having an an Experienced Seattle Traffic Lawyer is they know how and when to fight, and how and when to deal in order to get the best possible outcome for our client. The real cost of a traffic ticket is not the fine but rather the increase in insurance costs, which might run into the thousands. Too many tickets can result in a license suspension and SR-22 insurance.  For a person under the age of 18, they could lose their hard won driving privilege. For professional drivers the ticket is even more critical; one ticket might mean the loss of a job. If charged with Driving Under the Influence, Reckless Driving or Driving on a Suspended License, there is added fines and penalties, and a criminal record to consider. For more on how we might be able to help you, please call us at 206-816-9110 or fill out the form at the right for a callback to receive your free consultation

If you are not sure of your court, look at the bottom of the ticket for the return address . The Seattle Municipal Court address is:

Why Hire a Seattle Speeding or Traffic Ticket Lawyer to Fight Your Ticket? Can You Afford Not To?

No one wants to get a traffic ticket as it is not a fun experience, but most people have gotten one or more in their lifetime. While nine out of ten people will just pay the ticket whether it was their fault or not, and move on, it is usually worth it to hire a Seattle Speeding Ticket Lawyer to fight your ticket. Often people get tickets when they don’t quite deserve them. Perhaps you got a speeding ticket when you were just keeping up with the flow of traffic, or misunderstood what the posted limit was, or someone was tailgating you. Perhaps you didn’t count to two before changing lanes after turning on your turn signal. Whether your fault or not, you have a much better chance of having the ticket not effecting your driving record if you fight it.

As you can see, there are many benefits to having a Seattle traffic ticket lawyer on your side. Even if you think you are guilty of the ticket, it doesn’t hurt to see if you can get your ticket reduced or perhaps dismissed because of an error on the ticket. Hiring a lawyer is likely cheaper than paying the ticket itself, so you don’t have much to lose.